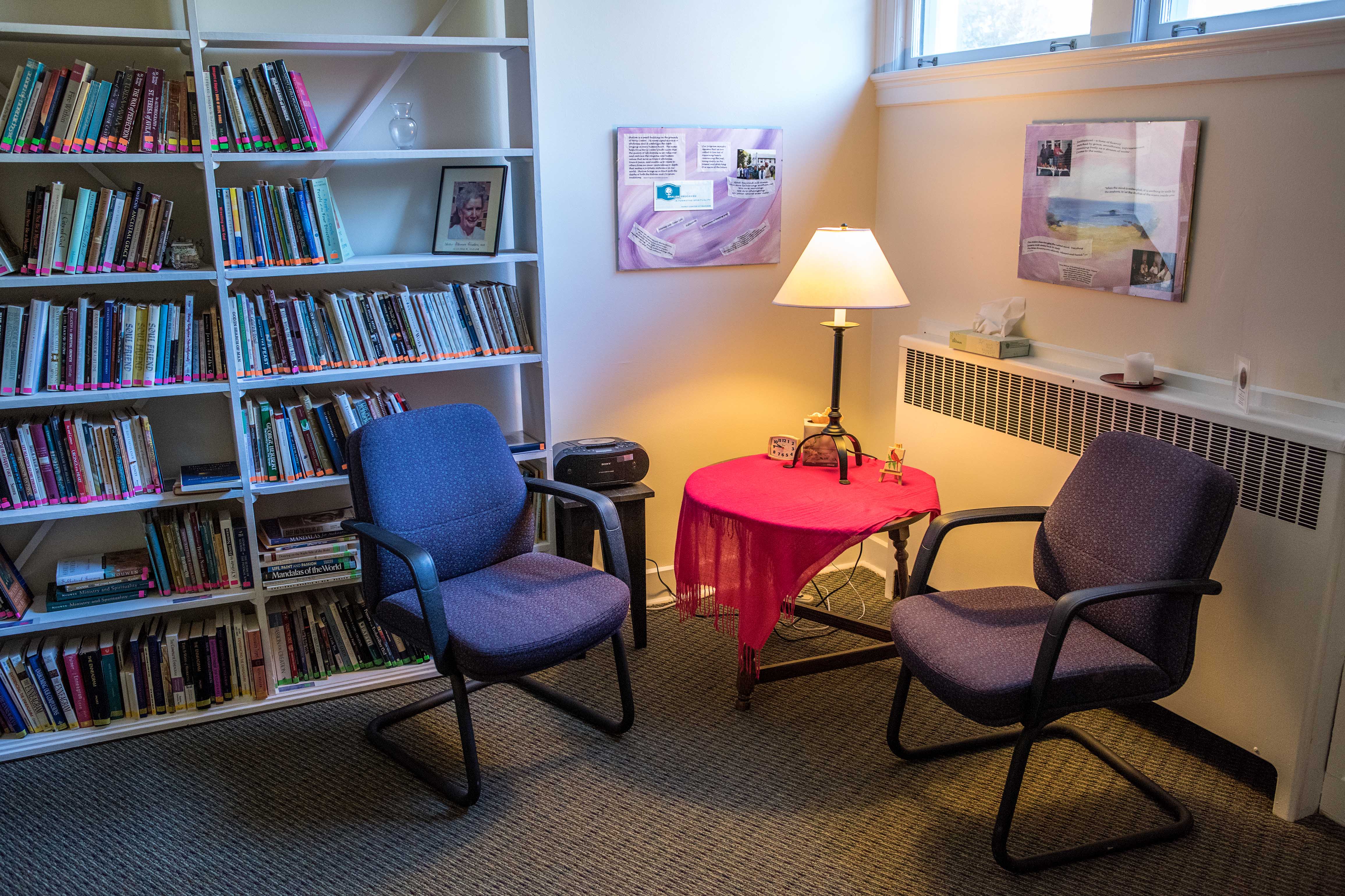 Florence Trahan, RSM, was a much beloved member of the Mercy by the Sea staff.  She came to the Center in 1987 at the invitation of then executive director, Eugenie Guterch, RSM.  For the next 20 years, Sr. Florence was a creative force in developing programs and retreats related to individuals’ inner exploration and transformation and to spiritual direction.

In 1988 Florence established the School of Spirituality, a two-year program that helped people recognize the spiritual values that guided their lives, and the Practicum in Spiritual Direction, a program for persons discerning the call to become spiritual directors.  That same year, she helped organize a sabbatical program in which people come to the Center for an extended period of time. She also offered spiritual direction, led workshops and is especially known for the Advent retreats she led.

After she died in 2009, a memorial fund was set up. Eugenie Guterich, RSM, and Mary C. Daly, RSM, then volunteered to organize a spiritual resources library in her memory.  A spiritual direction room near the art gallery was set aside with her own books on spiritual direction and training as well as Center volumes on Ignatian spirituality, Christian mysticism, prayer and the Enneagram among other topics. Gracing the walls are five collages that celebrate her contributions to the Center.